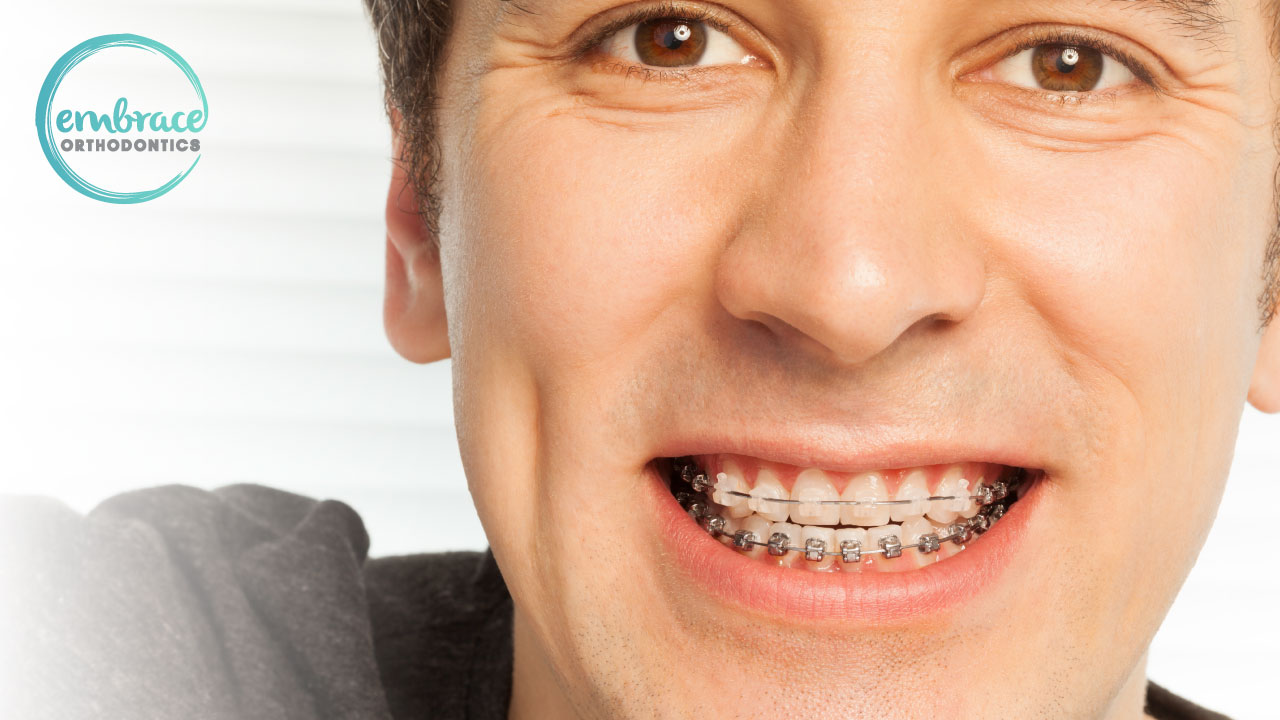 The Spinning Wheel of Evolution in Orthodontics.

From ancient animal-origin wires passing through braces reaching to clear aligners, today, it is almost unimaginable to envisage a world without clear-cut invisible devices.

Comfortable, almost unperceivable, and accessible orthodontic appliances like Invisalign and most removable aligners are –in vogue-. However, it hasn’t always been that way.

The history behind orthodontia evolved from ancient times, but the principles that embrace teeth alignment remained constant, at least for the last couple of centuries.

Verily, physics stands at the paramount of orthodontic treatment, and advancements in understanding the biological functions and motion of the human body became what we know today as biomechanics, applied in teeth alignment.

Indeed, contemporary orthodontic treatment serves itself from digital imagery for dental impressions, materials engineering for alignment trays and stainless steel wires, and other disciplines and techniques to ease the journey to get a healthy and beautiful smile faster and lessen the trauma for patients.

This article takes us on a tour through the history and scientific principles of orthodontics, from its origins to modern orthodontics.

Have you ever wondered, what was the earliest form of dental braces? Here we tell you in a short story-like timelapse about how orthodontic treatments evolved.

To contextualize, when we think of having an attractive smile, ancient civilizations also had an idea about what was for them an ideal position for teeth. Gratefully, today having a beautiful smile goes hand-by-hand with its functionality. So let’s begin this journey with the first civilization recorded to use incipient forms of braces.

Egyptians remained a prominent civilization for around 30 centuries, from over 3000 years before Christian registries until the Roman conquest by Alexander the Great.

Egyptians used the catgut, which is a cord made of animal entrails, to wrap teeth producing force in an attempt to correct teeth spacing.

The Etruscans were a population that, at some point in history, lived in what we now know as Italy and during the Roman Empire. The Etruscan people developed primitive versions of something similar to an orthodontic bridge and a guard made of gold.

These ancient mouth appliances were destined for burial rituals to preserve the dental structure of deceased Etruscan women before entering the afterlife. The Etruscans wanted teeth after death to look good in their new continuation of life.

A roman intellectual that today could have been called a “researcher,” Aulus Cornelius Celsus, compiled evidence of how by applying gentle and intermittent pressure on a tooth, he could move, reaching an aligned position.

Also, during this age, an early attempt at a braces system included a gold band bound to a nascent form of a bracket attached to teeth, intending to close teeth gaps.

As you might have noticed, we use civilizations, eras, and events to characterize the times that marked certain moments that we link with orthodontic device developments. In fact, during the 18th century, many scientific discoveries sprung up.

At this point in time, we can refer to early orthodontists who began to understand the complexity of orthodontic displacements in more detail.

The French dentist Pierre Fauchard used a modern for the era type of braces named bandeau made of iron that worked like a palatal expander on the upper arch.

Louis Bourdet improved Fauchard’s insight by adding up the removal of certain teeth to create space to eliminate overcrowding.

During the 19th century, orthodontics became an American discipline to the point where in 1840, the first college dedicated to dental surgery issues opened in Baltimore.

J.S. Gunnell invented a form of headgear in 1822. This apparatus was externally affixed to the cranial structure to move teeth into proper alignment.

Chapin A. Harris not only initiated the first odontology school but also published a book named The Dental Art – Practical Treatise of Dental Surgery that included the use of bands to perform a tooth rotation.

Also, as it occurs in several areas, some inventions are adapted to other applications. For example, Charles Goodyear invented the rubber that E.G. Tucker later incorporated into orthodontics, using rubber bands to treat misalignments.

Continuing with applications from developments in other areas, Wilhelm Roentgen discovered the X-rays in 1895 by accident, and dentist Eugene S. Talbot first used them to prevent overcrowded teeth by obtaining a diagnosis of impacted third molars.

We call modern orthodontics the era of steel modern braces as the dominant type of orthodontic apparatus and dental appliances. Thought in the 20th century, the orthodontic discipline grew to formulate systematic orthodontic contributions and concepts to classify teeth misalignments, or in technical terms, “malocclusions,” as described by American dentist Edward Angle.

During the 1970 decade, a revolutionary improvement arose: the possibility of cementing metal brackets to teeth instead of wrapping them in a silver metal band. However, despite the many technological advances, we must be clear that this age has not ended.

Modern orthodontics evolved one step further with the insertion of invisible aligners in the market. The funny fact is that even though we visited a historical sequence of experts in the dental area, the idea of clear aligners sprouted from two individuals with zero orthodontic training.

The idea came from using plastic retainers. After a patient stops using a retainer, teeth slowly shift to their former position, and the opposite happens after several days of using the retainers.

Using a 3D model of a retainer, the entrepreneurs Zia Chishti and Kelsey Wirth reversed the progression of alignment of teeth in individual patients to stage zero and assigned each stage a number that served to specify each set of alignment trays as a model.

This is the story behind Invisalign, which started in 2000. However, in 2017, the company made considerable investments in different technology areas, and other companies entered the precise cosmetic orthodontics industry.

How Do Orthodontic Appliances Work?

Do you remember we initially talked about the term “biomechanics”? Well, orthodontic braces and appliances exert constant and gentle pressure, similar to Aulus Cornelius Celsus, to move teeth.

Braces illustrate how physics intervenes in a living body to alter its form, reshaping it. For example, strain exerted on teeth also moves the periodontal ligament, which is the base where a tooth sits. As orthodontic braces keep exerting pressure and the ligaments move, the body responds to the movement creating space for the displaced tooth. Meanwhile, it also replenishes the old area with bonny tissue.

A question patients make after the previous explanation is, Is it true that braces weaken the teeth? The answer is no, but before placing braces on teeth, an orthodontist needs to ensure a patient has good periodontal health (gum disease).

Also, exerting too much pressure on teeth at once might damage the ligaments, and a patient probably loses a tooth. For this reason, the biological factor of teeth displacement (biomechanics) enters into the equation in orthodontics seeking an efficient tooth movement.

At Embrace Orthodontics, we aim to deliver a functional and beautiful smile that improves your quality of life.

We use the latest orthodontic technology and provide outstanding orthodontic care to deliver stupendous results and nurture a familiar, warm and receptive ambiance in our Ann Arbor office.

We work to make your orthodontic experience after leaving our office a fulfilling decision. So, make an appointment in our office in Ann Arbor, and Dr. Yina Li and her team will plan a smile you will love for life.

Also Worth Checking Out