What You Need to Know About Underbites

If you or a family member struggle with lower teeth extending too far, here’s what you need to know about underbites. An underbite is referred to as a Class III malocclusion. Simply, it means misaligned teeth: particularly, the bottom teeth jutting out further forward than the upper teeth. In extreme cases, this can create a bulldog-like effect in the mouth, but mild underbites also exist that are not as noticeable. However, all cases of underbites can cause issues for sufferers, including:

Embrace Orthodontics offers support and professional advice for people with underbites. We have experience with multiple orthodontic treatment options for this and other dental conditions.

What Causes an Underbite?

Underbites can manifest in multiple ways. 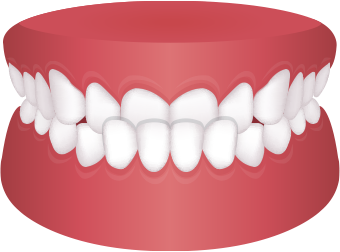 Can an Underbite Correct Itself?

It is rare that an underbite will self-correct. Treatment is usually necessary to align teeth correctly and create the best possible conditions for good oral health going forward. This treatment can take multiple forms, however.

Types of Underbite Correction and How to Choose

There are multiple correction methods available for underbites that Embrace Orthodontics can provide.

If you start noticing your child or yourself having an underbite, instead of guessing and trying to figure it out yourself, why not schedule a free consultation to let the professionals give you the best advice? Dr. Li and the team at Embrace Orthodontics are available to talk over potential treatments for you and your loved ones to enable you to better eat, smile, speak, and perform all the activities you love.